Other categories
A castle looking for a new beginning 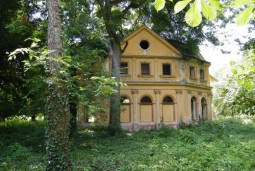 The Banloc castle, the only one in the Banat region of Romania, is one of the country’s historical monuments whose potential is left unseen and unexploited, mainly for lack of funding.

Located 50 kilometers away from Timisoara, the once imposing castle and its gardens now stand derelict after years of neglect and a 1991 earthquake that inflicted serious damage. The castle was erected in 1793 by Lázár Karátsonyi. The descendants of the Kárácsonyi family sold the castle in 1935 to the Queen Elizabeth of Greece, the sister of King Carol II of Romania. After the queen left the country in 1948, the property was nationalized. The statues in the surrounding park were vandalized and the library and archives were burnt down. From 1950 to 1958, the castle served as a retirement home and as an orphanage, and it also hosted a school. 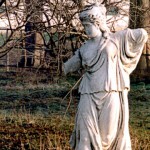 The castle is seeing recently support for its transformation. The Romanian Cultural Institute is organizing here on October 31st the first concert in a series of events meant to offer a new life to the place. The ancient music ensemble Flauto Dolce and Nicolae Voiculet will perform at the castle, the venue where Franz Liszt gave one of his last concerts for Queen Elizabeth of Greece. More details about this event can be found here.

How to get there:

By car, from Timisoara, take the DN59/ E70 for an approximately one-hour drive.