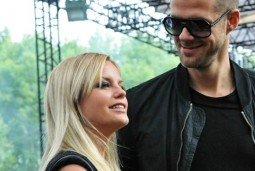 The Swedish Dj Adam Beyer will perform along with his wife, who is also a Dj, on December 6 at Casa Presei Libere in Bucharest.

Adam Beyer became dedicated to the fascinating world of rhythm early in life. After playing the drums as a teenager his obsession turned to the decks. His production skills soon brought Beyer to the attention of djs DJs worldwide and global bookings soon followed.

Ida Engberg has carved herself a career as a DJ/Producer through relentless hard work and passion. Now an internationally recognized talent whose taste for stripped back, sweat on the ceiling tech-house and techno has been the driving force behind her career progression. Ida can boast a growing production catalogue as she continues her elevation through the electronic music ranks.