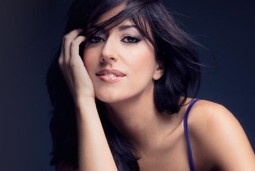 “One of the greatest privileges of my career is to travel around the world and enjoy what every country has best to offer. I have had extraordinary moments in many places, but I can’t forget my tour last year in Romania. I had a remarkable public and three full concert halls. So it is an honor and a great joy for me to come back to Bucharest, especially because the concert I will perform at the end of December is dedicated to Christmas.” said Ana Moura.

Throughout her career, the artist was awarded with two Amalia Rodrigues prizes: in 2008 for the Best performer and this year for Desfado – Best album.

Ana Moura’s voice is a rare one in fado, as it respects the tradition of the genre, at the same time it elegantly flirts with pop music. What makes it so special is the sensuality with which the artist manages to instantly turn any song into fado. This unique trait brought her the appreciation of other internationally acclaimed artists. She sang with Rolling Stones on Brown Sugar and No expectations and this year, in August, she was invited by Buena Vista Social Club to join their last tour for their concerts in Portugal.

Tickets range from RON 100 to RON 300 and can be purchased online on www.eventim.ro and from the Eventim network (Germanos, Vodafone, Orange, Domo stores and Humanitas and Cărturești book shops).