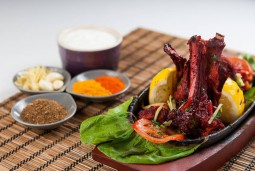 The first edition of the Asian culture and gastronomy festival Asia Fest will take place between October 18th and October 20th at Sala Dalles in Bucharest.

UPDATE: The organizers announced the festival will be postponed for another weekend in October so as to allow for it to take place in a public space.

The festival is a mix of shows, presentations, workshops and gastronomy demonstrations from countries such as Japan, China, South Chorea, Vietnam, India and Turkey. Food products, art, clothing and decorations will be on sale at the festival.
The three-day event will include Asian food art demonstrations and sampling, traditional dance and music performances, presentations of Japanese, Chinese, Indian and Chorea traditional costumes, and calligraphy workshops and photography exhibitions.
The event takes place between 10.00 and 20.00. Entrance is free. The full program can be checked here.