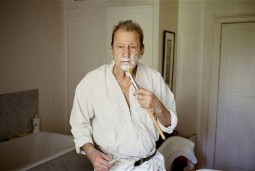 The sixth edition of British Documentary will take place every Monday between October 5th and December 14th (with the exception of 26 October and 9 November), at the Horia Bernea Studio of the Romanian Peasant Museum.

The series will introduce the public to the best British documentaries of recent years, some of them winners of the Oscar or BAFTA or having been nominated at the Grierson Documentary Film Festival. The themes discussed are extremely varied, ranging from history, science, arts, literature, and music to tackling social and ethical issues.

The entire program of the screenings can be checked here. All documentaries are subtitled in Romanian and entry is free of charge.