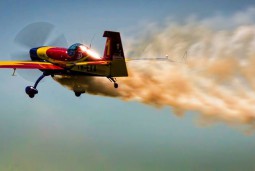 As in previous years, the Romanian Air Club and the Hawks of Romania, Lithuanian aerobatic pilot and aeronautical engineer Jurgis Kairys and the Acrobatic Yakers (Iacarii Acrobati), the only air acrobatic formation in the country, will participate in the event.