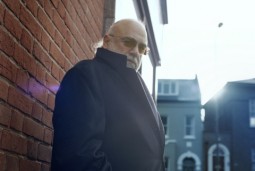 Greek singer Demis Roussos returns to Romania for a concert, which will be held on December 5 at Sala Palatului in Bucharest. Demis Roussos has previously performed in Bucharest on several occasions. He held a concert during the New Year’s program organized by the national television station in 2000, during the 40 Years Of Music tour in 2008, and in 2009 and 2010 at Sala Palatului.

Born in Alexandria, Egypt, Demis Roussos was part of the band “Aphrodite’s Child”, founded in 1968. After the band’s breakup, the singer, whose real name is Artemios Ventouris Roussos, continued to record with his former band colleague, Vangelis Papathanassiou. Demis Roussos launched his solo career in the ‘70s, and achieved international fame with several successful albums and his longhaired, bearded, be-kaftan-ed look. His single “Forever and Ever” ranked first in the charts in several countries in 1973. Other hits were “My Friend the Wind”, “My Reason”, “Velvet Mornings”, “Goodbye, My Love, Goodbye”, “Someday” and “Lovely Lady of Arcadia”. The singer sold enough albums to earn himself a spot in the Guinness Book of Records among other personalities from the ’70s and ’80s. More about the artist here.

Tickets can be purchased online from bilete.ro, for prices between RON 50 and RON 300.