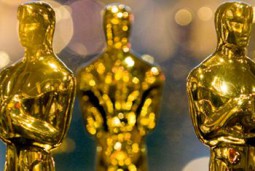 For an entire week, The Golden Film Festival/ Festivalului Filmelor de Aur will screen the most acclaimed movies of the year, nominated for the Academy Awards this year.

During February 16 – 22, the festival at the Grand Cinema & More movie theatre in Băneasa Shopping City will screen seven of the movies with most Oscar nominations in 2015: Birdman with nine nominations, The Imitation Game and Whiplash with seven nominations each, Boyhood with six nominations, American Sniper and Theory of Everything – each with five nominations. Gone Girl, nominated for Rosemund Pike’s acting is also included in the screenings.

Tickets can be purchased online here or at the movie theater’s ticket offices at the price of RON 20.