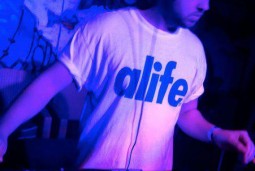 Finnebassen, a highly appreciated international artist by the Romanian public, returns on February 1 at Studio Martin in Bucharest, after one year of his last performance held in the same location.

Originally from Norway, Finnebassen began his musical career in 2008. At first it was noted at a few parties in the underground clubs of Oslo, and later found international recognition in the electronic music scene.