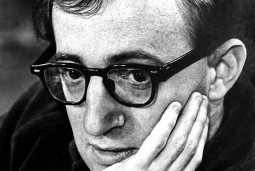 The first edition of the Audience Award Film Festival will take place between June 10th and June 12th in Bucharest. The festival will screen films which have won the audience award at festivals such as Sundance FF, Toronto FF, Berlin FF, Rotterdam FF and also many other films loved by the public.

Screenings will take place in the TIAB yard (17 Arthur Verona St.) and at Elvire Popesco cinema.

The ambassador of the festival’s first edition is Romanian director Nae Caranfil, who will present the festival’s opening film, Woody Allen’s Zelig. The film is shown for the first time in Romania on the big screen.  The 1983 mockumentary film, written and directed by Woody Allen and starring Allen and Mia Farrow, presents Leonard Zelig, awho, out of the desire to fit in and be liked, takes on the characteristics of strong personalities around him.

Other films shown for the first time in Romania at the festival are: James White, the public’s favorite at the 2015 Sundance festival, Carol, Land of Mine, Room, and Junction 48.

The full program of the festival is available here.

Tickets, priced RON 10 and RON 15, are available at eventbook.ro.