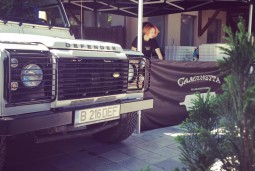 Food Truck Festival on Tour takes place in Bucharest between October 6th and October 16th in the parking lot of Promenada Mall. The event gathers some of the best-known food trucks in the capital and aims to promote street food culture.

The culinary proposals include pizza, burgers, sandwiches, paella, pasta, pancakes, waffles and more. The organizers say street food can be a heath option to the lunch served in the office, “on the keyboard.”

Bucharest is the first city where the event is held but more locations are being added to tour.

You can check here a list of street food options in Bucharest.