From Cannes to Bucharest: 30 movie productions in premiere 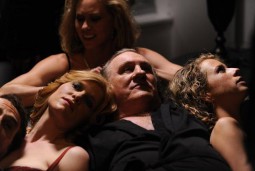 This year, Les Films de Cannes à Bucarest brings over 30 productions in premiere from Cannes (among which 6 were proposed for Oscar), a Bertrand Tavernier retrospective and special events. The event takes place at Patria, Studio and Elvira Popescu movie theaters during October 24 and 30.

The special guests of this edition are Bertrand Tavernier, Michel Hazanavicius, actress Bérénice Bejo, directors Sergei Loznitsa, Kornél Mundruczó and Radu Mihăileanu. They will introduce the films and answer audience questions in Q & A sessions.

For all other screenings during the days, entrance fee is 10 lei. Free entrance is available for short movies in the Semaine de la Critique section, those in the Romanian Short Waves section, Radu Jude’s short movies and the movie The Artist.

Check out more details on the event on the official website.