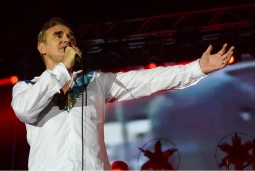 British singer and songwriter Morrissey will perform for the first time in Romania, in a concert set for October 14 in Bucharest, at Sala Palatului.

A pop music and silver screen fan, Morrissey started his musical career as part of The Smiths group, alongside Johnny Marr, Andy Rourke and Mike Joyce. The band put out six albums and several successful singles between 1983 and 1987. After the band broke up in 1987, Morrissey launches his solo career with the album Viva. His biggest hit was the 1992 album Your Arsenal, nominated for a Grammy in the ‘best alternative album’ category.

Tickets for the Bucharest show, priced RON 120 to RO 220, are available in the Eventim network and on eventim.ro.