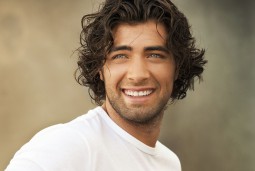 Latin-American performer Jencarlos Canela will have his premiere concert in Romania on March 14 at the Patria cinema in Bucharest, starting 20.00. Canela is known to Romanian audiences for his roles in telenovelas such as The shadows of the past, Dona Barbara and Demon and Angel.

Tickets, priced RON 99 to RON 200, are available in the Eventim network and online at www.eventim.ro.