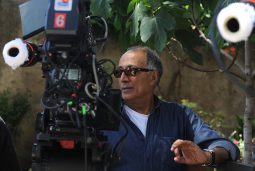 Abbas Kiarostami, one of the most influential filmmakers of the past decades and who passed away this July aged 76, will be celebrated with a retrospective at the Les Films de Cannes à Bucarest festival. The retrospective will see actress Mania Akbari as a special guest. She will take part at screenings and discuss with the public during the first four days of the festival.

Les Films de Cannes à Bucarest, the film festival bringing each year to Bucharest films that won or were nominated in various sections of the Cannes competition, takes place this year between October 14th and October 23rd.

The festival takes place this year at Cinema PRO, Elvire Popesco Cinema, Romanian Peasant Museum Cinema and at the Auditorium Hall of the National Art Museum of Romania. The program of the event can be checked here.

The festival opens this year with a screening of comedy Toni Erdmann¸ in the presence of director Maren Ade. French filmmaker Olivier Assayas will meet the Bucharest public for the premiere of his new film, Personal Shopper, which received (ex aequo) the Best Director award at Cannes. Assayas will also hold a free entrance master class at the Bucharest Theater and School University UNATC.

Israeli director Eran Kolirin, known for Beyond the Mountains and Hills, Finnish director Juho Kuosmanen, whose debut The Happiest Day in the Life of Olli Mäki won the Un Certain Regard award in Cannes and Turkish director Mehmet Can Mertoğlu, winner of Prix Révélation France 4 at Semaine de la Critique, can be found as well on the list of guests coming at the festival.

Tickets can be purchased at eventbook.ro.

This year’s edition of the festival will run for ten days, and Cannes films will be screened in the presence of special guests in Cluj-Napoca and Timisoara as well.