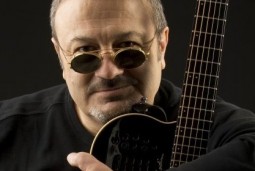 Romanian folk artist Mircea Baniciu will held a performance on the stage of Hard Rock Café on 21 February, 22:00.

Mircea Baniciu entered the Romanian music scene in the early ’70s when he became the lead singer of the rock band Phoenix. In 1992 he founded the band Pasarea Colibri, with Florian Pittis, Mircea Vintilă and Vlady Cnejevici, in which he played ten years. More information about the artist here.

Tickets for the concert at Hard Rock Café cost 60 RON and 80 RON and can be purchased online from bilete.ro. Table reservations can be made at 021 2066261.