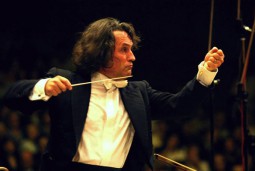 The Romanian Athenaeum will host a special symphonic concert this Sunday, December 21, at 18:00. The concert commemorates 25 years since the Romanian Revolution  in December 1989. The Symphonic Orchestra of the “George Enescu” Philharmonic conducted by Horia Andreescu will perform Mozart’s “Requiem”. Soloists are Silvia Micu, Sidonia Nica, Ionuț Popescu, Marius Boloș.

Wolfgang Amadeus Mozart (1756-1791) died at the age of 35, leaving the “Requiem” unfinished. Süssmayr, Mozart’s pupil, finished the work as „Requiem for soloists, choir and orchestra, KV 626“.

“I mustn’t be afraid of anything. I feel it in my state of health that my time has come. I am ready to die. I reached the end before I got the chance to enjoy my talent. Still, life has been beautiful, the career started under such happy auspices. But one can’t change his fate. No one can set his lifetime. (…) I am closing. I have in front of me the Requiem I am not allowed to leave unfinished.” Said Mozart in a letter sent to Lorenzo da Ponte in September 1791. Mozart died on December 5, 1971 in Vienna.