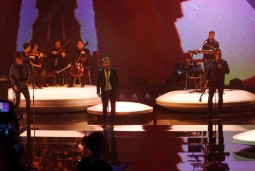 American band OneRepublic, one of the most popular pop-rock bands at the moment, will have its first concert in Romania next year.

The concert, which is part of the band’s world tour to promote their most recent album, which is calledNative, will take place at Arenele Romane in Bucharest, on June 4, 2015. Tickets for the concert are already available on myticket.ro for prices starting at RON 120 (EUR 27) and going up to RON 235 (EUR 53).