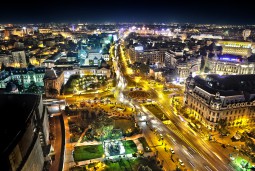 The Bucharest Days, which mark 557 years since the first documentary mention of the city, are celebrated between September 16th and September 18th with a series of concerts, exhibitions and open-air events in venues such as the Constitutiei Square, or the Cismigiu and Herastrau parks.

Street theater companies from Spain, Italy or France will hold various representations as part of the celebrations, bringing clowns, giant dolls, and dancers to the streets of the capital.

An event titled “Stories from Bucharest” will take place in Herastrau Park, bringing performances, a costumes parade, theater for children, promenade music and a hand-made products fair, among others. Also in Herastrau Park, actors from the Masca Theater will deliver a parade and moving statues performance.

The Cismigiu Park will host a space where children can learn how to juggle during an event titles “The Circus School”.

The “Boulevard of Arts” will take over the Unirii Boulevard, with eight smaller stages where the 260 years celebration of the birth of Wolfgang Amadeus Mozart will take place.