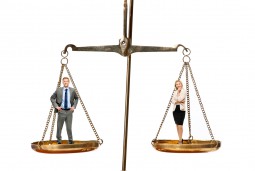 Gender diversity in the boardrooms has been, in the last decade, an intensively debated topic in many countries across Europe as well as at the global level. A wealth of research, produced by reputable international consulting companies and research institutes, shows the various economic benefits gender diverse boards bring. Companies which have addressed the gender imbalance at all decision making levels have seen an increase in profitability, reputation, and employees’ engagement. The current increased participation of women to business decisions in EU is due to sustained efforts and attention at all levels as well as a healthy debate in the media.

Currently, in the European Union, women represent around 21% of non-executive board positions in large listed companies. According to a study conducted by Deloitte Romania, in our country the similar representation of women is approximately 11%, well under the European Union average. So, it is time for a change.

Professional Women’s Network Romania, an NGO member of PWN Global, a business network with over 3,500 members and 90 nationalities, organizes on November 3rd, Gender Diversity in the Boardrooms – Key Driver to Company Performance, the first conference that debates gender diversity and the benefits of increasing the presence of women in the boardrooms, in order to secure a healthy gender diversity in decision making. The PWN Romania Conference aims at bringing the business case of diversity in the boardrooms to public debate in Romania and allows for a rich exchange of best practices and lessons learnt in advancing women to decision-making positions, among high officials, business leaders, and reputable specialists in gender diversity. Also, the conclusions of the study Women on Board in Romania, carried out by Deloitte Romania and PWN Romania, will be presented on this occasion.

For more information about the agenda, speakers and how to register, please visit the events’ website.

(p) – this article is an advertorial