PARTNER EVENT Over 170 horses for the Equestrian Salon 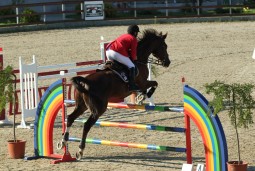 The Equestrian Salon 2012 – Salon du Cheval Bucharest, the first event dedicated to economical, sports and cultural equestrian activities, will be premiered in Romania during the period September 27-30, in the vicinity of Bucharest (DN1). Organized by the equitation club Equestria, The Equestrian Salon aims at bringing in Romania the model of the Salon du Cheval Paris and at creating a source of inspiration for a refined lifestyle, as well as calling the eye to a future potential business in Romania.

One key highlight of the event definitely is the international competition Grand Award of the Bucharest City, the start of which registered over 170 horses from Denmark, Germany, Switzerland, Greece, Hungary, Bulgaria and Romania so far.

The official ceremony launching the first edition of The Equestrian Salon in Romania will take place on Saturday, September 29, at the headquarters of the Equestria club in Tâncăbeşti (Snagov village) and will include the horse guard parade of the Romanian Gendarmerie, the parade of the attending clubs and the 6 studs, horses and riders presentations, horse parades, equipages parade etc.

“The first edition of <the Equestrian Salon> creates the premises of a European perspective, which we hope to intensify with every new edition, and may include Romania among the emerging countries more and more ambitious economically, socially, sportively and culturally. The challenge of this project, through the interest shown by the confirmed exhibitors and competitors so far and especially through the extensive opening to the future editions do recommend <The Equestrian Salon> as image potential and future investment contributing to Romania’s development. For the 2013 edition, we presume the first ever organization in Romania of the first race and performance horse auction”, declared doctor Ozana Moraru, owner of the club.

You can find additional informations about the event on the dedicated websites: www.salonulcalului-equestria.ro sau www.salonul-calului.ro

Recently launched in 2010, the horse club Equestria has established itself quickly as the most well equipped equestrian basis in the country, in accordance with the high western standards of equestrian clubs.

Very well positioned both in the sports competitions, as well as in the recreational and hobby area, Equestria is located only 17 km away from Bucharest, on a 2,5 hectares surface in Snagov, Tancabesti.

Equestria Club has competition and riding fields, paddocks, 50 stalls for horses, covered  round-abouts, tribunes for 500 spectators, and has 22 horses of the most beautiful breeds. The club organizes horse riding lessons for children and amateurs, outdoor walking and equestrian competitions. Facilities are being added a hotel and a restaurant with a capacity of 50-60 people, as well as an outside terrace.

The project has been designed and conducted by a major German company specialized in constructions and equestrian facilities and meets the highest quality standards in the field.

We will regularly keep you updated of news about the Equestrian Salon! Keep an eye on us on citycompass.ro!

(A) stands for advertising. This is a partner event. 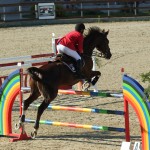 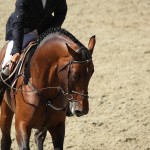 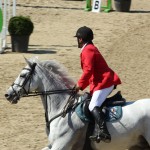