Passage to the Future : Art From a New Generation in Japan 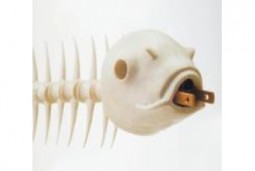 The Embassy of Japan to Romania, the Japan Foundation and the National Museum of Contemporary Art (MNAC) are organizing an art exibition called “Passage to the Future : Art from A new Generation in Japan” featuring works by the best known Japanese artists of the moment such as Atsushi Fukui, Satoshi Hirose, Maywa Denki and Tomoyasy Murata.

Their art emphasizes an interest for the mundane and immediate reality and a concern for the creative process, which is reflected in works with a strong visual impact.

“Passage to the Future : Art From a New Generation in Japan” focuses on art produced in Japan in the beginign of the 21 cenury. It showcases 42 works – paintings, sculptures, installations, photographs and videos.

The exhibit is open at the National Museum of Contemporary Art from January 23 to February 28, 2013.