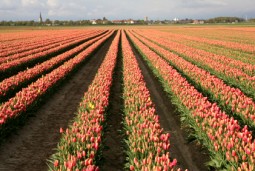 Netherlands National Day will be celebrated in Bucharest during two events scheduled for April 24 and 25. The Netherlands Embassy to Bucharest will organize an event showcasing Dutch cheese and veal on April 24, downtown Bucharest.

The second events is scheduled the day after, starting 9:30, at Metropolis Center and will focus on flowers while featuring a national competition of flower arrangements, which will be at its fourth edition this year. The events will also include a workshop held by Jaap Wisse, a Dutch master in flower arrangements.

This year’s celebration is considered more important as it marks the last year when the Dutch celebrate Queen’s day, which will become King’s Day in 2014, following the investiture of King Willem-Alexander.