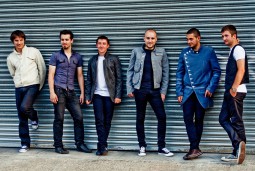 Grimus, the local alternative rock group, is celebrating its ten-year anniversary with a concert set to take place February 26th at Arenele Romane in Bucharest.

Grimus released three discs so far: Panikon in 2008, Egretta in 2011, Emergence in 2014. Besides the recorded shows and concerts, the group took part in many festivals in the UK, Serbia, Hungary, Poland, Italy or Austria. In 2014 they received the Best Indie Alternative Rock Song award for their single High at the Independent Music Awards Vox Populi poll.