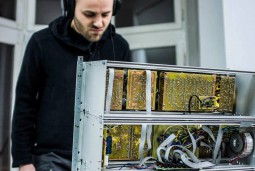 Rokolectiv Festival will celebrate 10 years at its upcoming edition this spring. The event is set to take place between April 23 and 26, in Bucharest’s MNAC (Museum of Contemporary Art) and Halele Carol. Over the years, Rokolectiv brought in Bucharest over 250 music and visual artists.

Organizers announced that more details on the tenth edition will be available shortly. Check out the event page for updates.

Watch below a video about the festival (English subtitles):