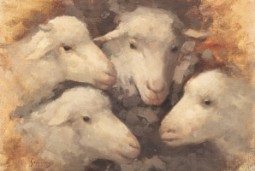 This year’s first Artmark auction will be held on January 30 starting 19:00, at the Athenee Palace Hilton in Bucharest and will feature a selection of the most representative artworks by some of the best Romanian painters, such as Nicolae Grigorescu, Nicolae Tonita, and Ioan Andreescu.

Artmark is an art auction house established in 2008 that aims to select, evaluate and make art market circuit works with guaranteed authenticity, supporting in parallel the work of ArtSociety Cultural Center, which organizes nation-wide art exhibitions and other cultural initiatives, such as The Conference Center opened in June this year. During its five years of existence, Artmark has organized nearly 100 art auctions, put up for sale over 10,000 art works and collection items.