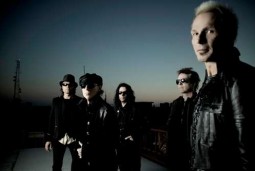 The Scorpions, the most popular hard rock/heavy metal band in Germany, will perform again in Romania on December 14 at Pavilionul Central Romexpo in Bucharest. The concert is part of band’s Rock’n’Roll Forever tour.

The German rock band was founded in 1965 and is currently composed of five musicians from different countries.

Famous in the 80s for singles such as Rock You Like a Hurricane, No One Like You, and Still Loving You, the band is one of the best-selling groups of all time.

Their first studio album Lonesome Crow was released in 1972, followed by Fly to the Rainbow two years later, in 1974.

Tickets for the concert can be purchased for prices between RON 150 and RON 400 from Biletoo store in Unirea Shopping Center, or online from biletoo.ro and bilete.ro.