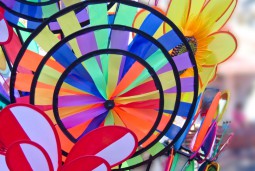 Jack und die Bohnenranke (Jack and the beanstalk), a re-written story, is the first show in German at the Theaterlaboratorium Bukarest (Theatre Laboratory). The performance for kids will have its premiere this Saturday, on October 11, at 11:00.

A puppet and three actors introduce the little ones to the “true” legend of Jack: a scallywag who doesn’t even bother to learn German! This will bring along serious problems, as Wilibrant Buhmann, a public servant in the Underground district, has the mission to knock the nonsense out of Jack. Who will help poor Jack? Of course, only kids can. But their success lies on the shoulders of professor Heinzrudiger Krempelhuber. Kids can find out how Jack’s fate will be decided at Theaterlaboratorium Bukarest, 73 Calea Dorobanților.

The premiere this Saturday will be followed by repeat performances on 18 and 25 October.

For more details, check out the event page.