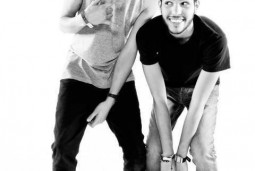 American DJs, The Martinez Brothers will perform along with Romanian DJs Mahony, Pagal and Bog on April 5 at Kristal Club in Bucharest.

Straight from Bronx, New York, The Martinez Brothers, aka Chris and Steve, manage to gain a leading position in the house music scene, since their first appearance in 2006 in Shelter Club , New York City. They come from a family with music background, and grew up performing at different instruments in salsa, jazz and hip hop bands. Their father was the one that lead them towards the music genre that made them famous all over the world.

They are known for their spirit and overflowing energy transmitted to the public, not only through music. They performed in the most famous house clubs in the world, such as Pacha, Space and Fabrik.