The street fight for human rights, screened at film festival in Bucharest 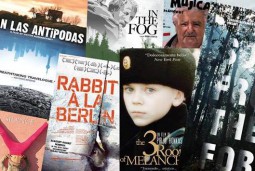 The 2015 edition of One World Romania Festival, the international documentary film festival dedicated to human rights, will be held in Bucharest during March 16 – 22. This year, the eighth edition takes place under the motto “kino-maidan” and sheds light on some of the most pressing issues of today’s societies, like the street fight for democracy.

The documentaries will be screened in several themed sections: Demo+/-cracy, Comrade capitalism, Wars against nature, Adults from necessity, Traumas, Focus: Africa. Some of the documentaries were nominated for the 2015 Oscars and new Romanian documentaries.

Kino-maidan will include debates with directors, producers and film protagonists or experts in the fields on which selected documentaries focus, exhibitions, performances, seminars on webdocs, on European documentary film, on Ukraine’ Maidan or on Africa today, a master of producer Heino Deckert and a documentary film workshop.