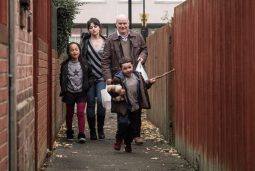 Les Films de Cannes à Bucarest, the film festival bringing each year to Bucharest films that won or were nominated in various sections of the Cannes competition, will take place this year between October 14th and October 23rd.

This seventh edition is an extended one, with over 100 screenings, including I, Daniel Blake, the film that brought this year a second Palme d’Or to British filmmaker Ken Loach. The film will be screened for the first time in Romania.

Toni Erdmann, the comedy that was a favorite at this year’s Cannes festival, will also be screened at the event. German director Maren Ade will be present at the event, as will be producer Jonas Dornbach and co-producer Ada Solomon. The film is set in Bucharest and was almost entirely shot in Romania.

This year’s edition of the festival will run for ten days, and Cannes films will be screened in the presence of special guests in Cluj-Napoca and Timisoara as well. The Cluj edition will take place between October 14th and October 16th at Cinema Victoria.

Besides the films screenings, the public will get to meet big names of world cinema at the screenings of their own films, and attend various workshops and master classes. Last year the festival had over 15,000 spectators, and numerous sold-out screenings.

Director Cristian Mungiu won several times at the Cannes Film Festival. In 2007 the director won the Palme d’Or trophy for the 4 Months, 3 Weeks, 2 Days film. In 2012 he won the Best Screenplay award for Beyond the Hills, while the leading actresses in the film shared the Best Actress award. This year Mungiu won the Best Director award for Bacalaureat (Graduation).

The program of the event can be checked here.

Tickets can be purchased at eventbook.ro.