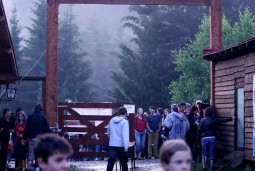 Cuban Gonzalo Rubalcaba, won a Grammy two times as producer and a Latin Grammy Award in the Best Latin Jazz Album category. With a career spanning more than 40 year, Stanley Clarke won four Grammy awards and recorded over 20 albums. The two are joined by Snarky Puppy, winners of the 2014 Grammy for Best RnB Performance.

The program of the event is available here. Tickets for the main stage can be bought only on site, a few hours before each concert. Prices for passes range from RON 80 for one day to RON 300 for an all-inclusive. The site can be reached by car, via Drobeta Turnu Severin when coming from the south or the east of the country.