Toto Cutugno to perform with the Bucharest Symphonic Orchestra in February 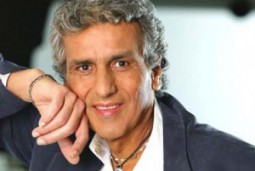 One of the most popular Italian pop singers of all times will hold a concert in Bucharest in February. Toto Cutugno will perform some of his best-known hits, such as L’Italiano, Serenata, Insieme: 1992 or Figli. At the concert taking place on February 27, at Sala Palatului, l’italiano vero, as so many called him, will be accompanied by the Bucharest Symphonic Orchestra.

The Italian artist performed for the first time in Romania in 1993 at Cerbul de Aur (the Golden Stag), the most popular music award in Romania at that time. Since then, he came returned several times for concerts and TV shows. “I’m very connected emotionally to this country because I met many Romanians I worked and collaborated with very well. In Romania I feel at home.” says Cutugno.

Toto Cutugno has a repertoire of over 400 songs and more than 150 million records sold worldwide. He is the only songwriter who won the grand prize at the Festival of Sanremo and the only Italian singer who won the Eurovision Song Contest in 1990. His most famous hit “L’italiano” was the best selling Italian album during 1981-1986. The song L’italiano, recorded in 1983, is played by over 160 performers from around the world, being among the most popular Italian songs of all time.