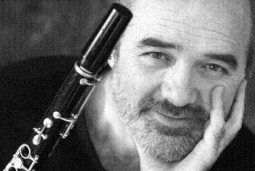 On January 5, at 21:30, Vienna-based saxophonist Nicolas Simion is launching his latest album at Clubul Țăranului in Bucharest. The musician will present Romanian Impressions for the first time to the public in Romania. Accompanying him are special guests Albert Tajti, Alex Kocsis, Claudiu Sontea, Luiza Zan, Toma Dimitriu and Sorin Romanescu.

Nicolas Simion is a Romanian-born saxophonist and composer, working and living in Vienna. Born in a small village in the Carpathian Mountains of Transylvania, Simion became a popular jazz musician in ’80s Bucharest. After numerous appearances in the country and invitations to jazz festivals in East-Berlin and Warsaw he decided to emigrate to the west in 1989. Throughout time, he performed with musicians like Lee Konitz, Art Farmer, Leo Wright, Idris Muhammad, Jim Pepper, Harry Sokal, Christian Muthspiel, Graham Haynes, Lonnie Plaxico, Ed Schuller and Peter Perfido.
Nicolas Simion gained recognition also as a composer. Among others, he was awarded the “Koernerpreis” in 1995 for a work commissioned by the Austrian Ministry of Culture.
His jazz albums are known best for their particular folkloric sound, deeply rooted in the Romanian, Balkan and Oriental music.