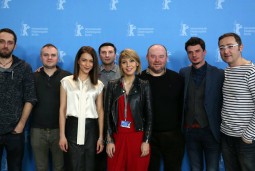 Two long – awaited Romanian movies screened at the Berlin Film Festival this week, one of them in premiere, and both were met with a full house, and with international praises.

Romanian director Tudor Giurgiu´s movie De ce eu (Why me), pictures Romania in the year 2002: corrupt politicians, corrupt investigators and a young prosecutor who must decide between his career and the truth. A bleak picture of a society looking for a new beginning.

Giurgiu, who attended the second screening of the film on January 11 at the Berlinale, stressed on the movie’s relevance for our societies as it increases awareness of corruption. This would not only target Eastern Europe, but also include countries like Germany, with recent high-level corruption cases. „Corruption is endemic,“ the film director said.