Other categories
What are the Romanian Mucenici & how to make them 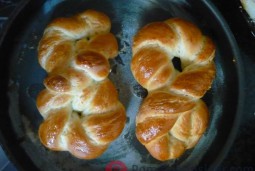 A religious celebration and a tasty sweet dish – this is what the Romanian word Mucenici (used in plural) means, in short. Here’s what’s behind the tradition, plus two traditional recipes for the two main regional variations of the same dish.

Every year on March 9, the Orthodox Church celebrates the Forty Martyrs (commonly known as mucenici): these were Roman soldiers in the Legio XII Fulminata who lived in the time of Emperor Licinius (308-324), a persecutor of Christians. They were tortured and executed in Sebaste (present-day Sivas in Turkey) because they refused to apostatize their Christian belief.