Other categories
Where can you practice tennis in Bucharest during the cold season. 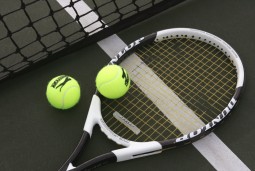 We can only be happy for our Romanian tennis player Simona Halep, whose outstanding performance this year has resulted in five tournament wins, most recently on Sunday, November 3 against Australian Samantha Stosur in the WTA Championships final in Sofia.

In case you feel like following in her footsteps or have children who love the sport, we’ve listed a few places where you can take tennis lessons or play in Bucharest after office hours or on the weekend.

It is indeed a little more expensive than other sports, but the city is large in terms of sports and tennis clubs so there are plenty of options.

Probably the best-known space when it comes to tennis in Bucharest, BNR Arenas has 11 tennis courts plus the main arena. Here the access is based on the badge.

In addition to the 10 clay courts and the 3 fast surfaces, there is also a tennis court in the room and some of the land is covered with a hot air balloon. The rental price varies between 30 and 60 RON (night) for a period of 55 minutes.

Tennis Club AMG is organizing initiation courses for children to start at the end of this month in the following age groups: 4-7 years / 7-10 years / 10-14 years. Court rental price varies between 35 RON and 50 RON during the week. On the weekend the rate is 35 RON / hour.